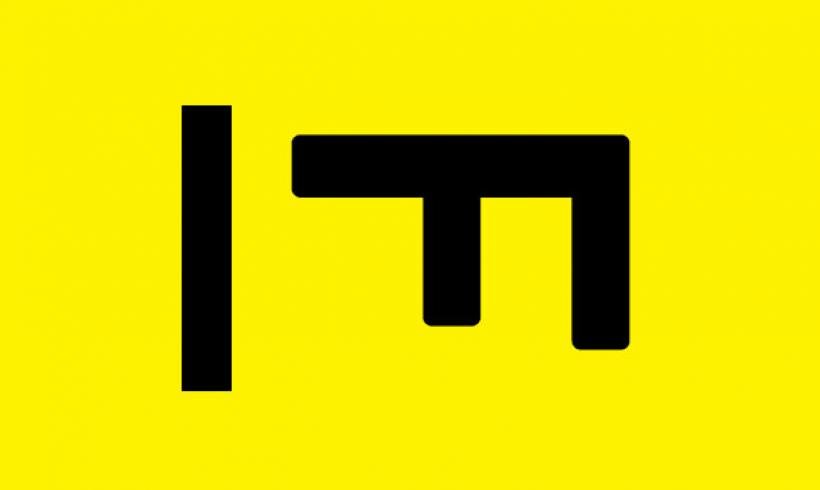 F AS IN FESTIVAL

More than anything, the Festival du nouveau cinéma is about a spirit, the spirit of good company, revelry and fun. Every edition is a chance to get together and celebrate our shared passion for film around each new lineup. The eleven-day Festival is designed as a space devoted to discussions, meetings and sharing, where film fans can come together with artists and professionals to exchange ideas in an informal setting. Film isn’t something to be kept cloistered in an ivory tower. At the Festival du nouveau cinéma, we believe there’s nothing more important than keeping the flame alive, together. 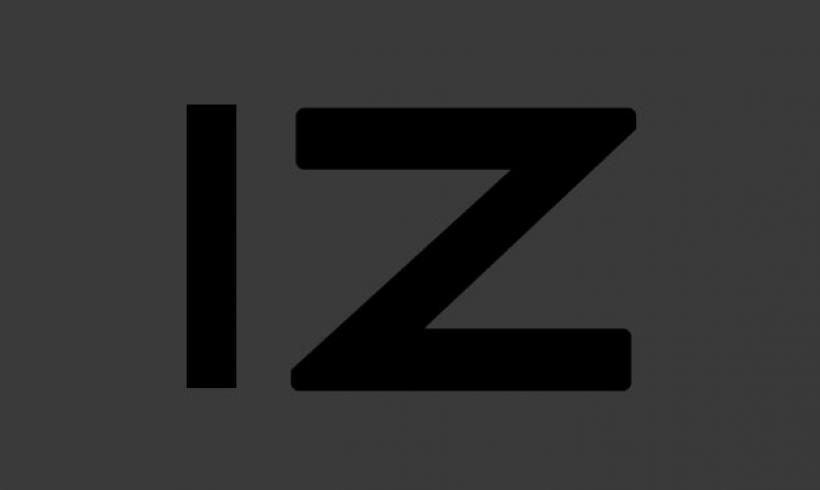 N AS IN NEW

A pioneer in its presentation of video works, the Festival du nouveau cinéma, resolutely forward-looking, has long been the unfailing advocate of new technologies. Each year, the Festival seeks out new developments that move cinema forward, familiarizing audiences with 3D, VOD, a whole spectrum of different formats and the latest creative findings. The quality of its venues and the unique infrastructures that form the basis for its stellar reputation make the Festival the best place around to preview the cinema of tomorrow! 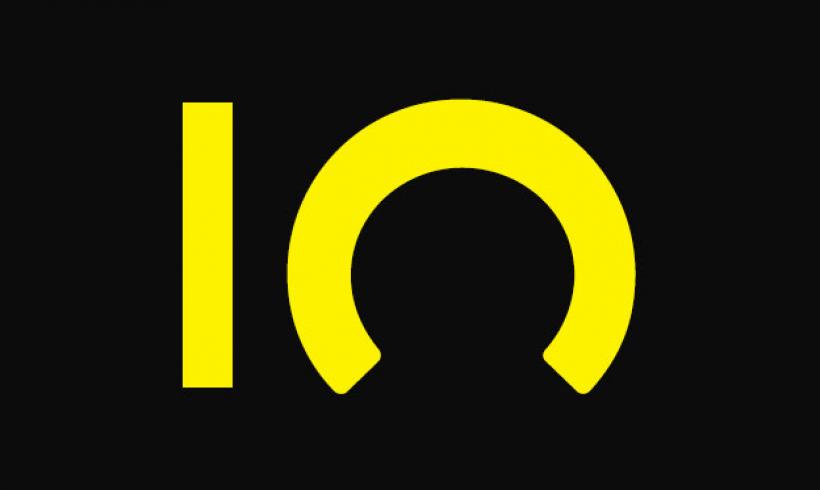 C AS IN CINEMA

The Festival du nouveau cinéma is a showcase for cinema of all types, from offbeat, one-of-a-kind niche works to crowd-pleasers to daringly innovative big events. Films that make your heart race, bowl you over and change your life. Films that break down the language of cinema only to reinvent it; films that leave you breathless on the edge of your seat. In every one of its sections, the Festival sets itself the goal of supporting and spotlighting major works, serving as a springboard for their originality and variety. Cinema at its best,  shorts and features, documentaries and fiction from Quebec and around the world,  awaits you at the Festival, where you’ll discover new trends, new horizons, eagerly awaited releases and up-and-coming talents. While keeping in mind what happens to these carefully selected films after their appearance at the Festival, the programming team puts together a rich, varied lineup to celebrate local and international cinema the way it deserves, year after year.

THE GLORIOUS, OVER 40-YEAR HISTORY OF THE FESTIVAL DU NOUVEAU CINÉMA

With an eye to the future and keenly aware of the importance of a solidly established base, the Festival du nouveau cinéma remains determined to expand the horizons of Montreal audiences by showing them original ways of presenting the moving image. Spurred on by its founders Claude Chamberlan and Dimitri Eipidès, the Festival has consistently juxtaposed bold ideas with impeccable taste.

It all begins. Two film fanatics, Claude Chamberlan and Dimitri Eipidès, determined to provide a space for films lacking distribution, come up with the crazy idea of starting a festival. Gallons of sweat later, the first screening (in 16 mm) of the Festival International du Cinéma takes place on October 26 at the Musée des Beaux-Arts. Werner Schroeter is in attendance, and the Festival is already showing its originality, presenting experimental cinema, Peter Watkins’ shocking Punishment Park, Frederick Wiseman’s transcendent Hospital and Even Dwarfs Started Small by Werner Herzog!

Up, up and away. After moving into its very own space, the Cinéma Parallèle, the Festival changes its name to the Festival international du nouveau cinéma de Montréal. With great pleasure, it presents exciting new 35-mm works by a roster of directors that includes Raúl Ruiz, John Cassavetes, Pedro Almodóvar, François Girard and Jean-Luc Godard.

The magical year. The previous year, the Festival hosted the legendary Marguerite Duras. Quite a coup! But that was just a foretaste of the fine vintage known as the 11th edition. Some of the biggest names in international film? Duras, Forcier, Wenders, Schroeter, Morrissey, Groulx, Van der Keuken, Blank, Snow, Straub and Huillet and Akerman? converge on Montreal. And a new section devoted to a cutting-edge form of expression, video, was added. On a side note, the Festival introduces a little 31-minute short called Stranger Than Paradise... Encouraged by the Montreal audience response, director Jim Jarmusch extends the film to feature length and wins the Golden Camera at Cannes the following year!

Twenty wonderful years. The Festival turns 20, the age when anything is possible. Rejecting all compartments and barriers, the Festival incorporates innovative television productions into its lineup, screening episodes of The Prisoner in 35 mm and the first two episodes of Twin Peaks by a certain David Lynch! And since the year is all about big events, the unforgettable documentary Hearts of Darkness wins the grand prize!

A new home. For two years, Daniel Langlois has been the chairman of the Festival’s board of directors. Under his direction, new media becomes a more prominent part of the event. In 1999, this development finds concrete expression in a unique, innovative space: the Ex-Centris complex with its exceptional-quality screening rooms and exhibition spaces. The Festival now has a brand new home and takes the opportunity to introduce what will become its emblem: the Louve d’Or, awarded to the best film of the year. In its first year, the award goes to Claire Denis for her memorable Beau Travail.

Thirty years old and not a wrinkle! Publishing a richly illustrated book and putting together a stunningly lavish and diverse lineup, the Festival goes all out to throw itself a 30th anniversary party to remember. For the occasion, Wim Wenders shows up to drink a toast with festivalgoers!

Long live cinema in all its forms! After much-noted appearances by Gena Rowlands and Peter Greenaway, the Festival establishes its identity. Now known as the Festival du nouveau cinéma, it includes no fewer than 24 world premieres and 23 North American previews in its lineup. We also launch a new section, Temps Zéro, further blasting through the boundaries between different forms of cinema!

Think big. The reputation of the Festival du nouveau cinéma is now rock-solid. As proof, all the big names are here ? Jacques Audiard, Laurent Cantet, Robert Morin, Atom Egoyan, Robert Guédiguian, Kenneth Anger, John Boorman, Jacques Doillon and Abdellatif Kechiche. For a few years now, the Festival has hosted a high-powered professional section, Open Source, as well as its new Focus Québec/Canada section. Continuing its momentum, the Festival, with Quebecor as its official sponsor, moves into the Agora Hydro-Québec at UQÀM’s Coeur des sciences. The heart of the Festival? the ticket office, parties, events, meeting places and activities? now beats in this festive and welcoming new space.

We expand ! The Festival du nouveau cinéma finds new locations, among them the Outremont Theatre where Les P'tits Loups are now concentrated, and the PHI Center where the FNC Pro converges. William Klein attends the Festival for a retrospective, and the long-awaited Life of Pi by Ang Lee is presented in 3D at Scotia Bank Cineplex! It's also the year of a first mutual retrospective with Fantasia Festival, to celebrate the 100th anniversary of the Japanese production company, Nikkatsu.

The she-wolf broadened her offering. For the first time, the Festival du nouveau cinéma organized free outdoor projections in the heart of Montréal’s Quartier des spectacles. The year 2013 also marked the birth of a new format: projections came to include a component featuring filmmakers, who comment upon and discuss their work live, before audiences. Jonas Mekas, the founder of avant-garde cinema, was present to kick off the festivities and proclaim his love of film. An installation and a retrospective were devoted to him, and Syrian and Brazilian cinema were given the place of honor.

This year, the she-wolf is love (and the Festival’s signature poster), and she switched lairs. It’s under the gigantesque Dome, at the Place des festivals, that the Festival du nouveau cinema opened its ticket center for pre-sales. The site has become an unavoidable landmark, and a number of events are hosted there during the 11 days that the festival’s events last (projections, workshops for the P'tits Loups, cocktails, meetings with filmmakers). On the programming side of things, a competition dedicated to innovative technological platforms (Nouvelles Ecritures) was created, as well as a program of short student films emerging from all four corners of Canada. The leader of the Cyberpunk movement begun in Japan, Shinya Tsukamoto, received a Louve d'honneur, granted to him by the very hands of André Turpin.