This year, the Festival du nouveau cinema is proud to award Robert Frank with the Louve d'honneur.

This year, the Festival du nouveau cinema is proud to award Robert Frank with the Louve d'honneur.

Robert Frank was born in Zurich, Switzerland in 1924 and settled in North America in 1950. He is one of the great photographers of the 20th century and the author of the photography book The Americans, in which he documented the counterculture before anyone called it that. Cinema is the great unsung chapter in his body of work, starting with his work as the cinematographer of the Beat Generation who helped Jack Kerouac fulfill his dramaturgical dreams. 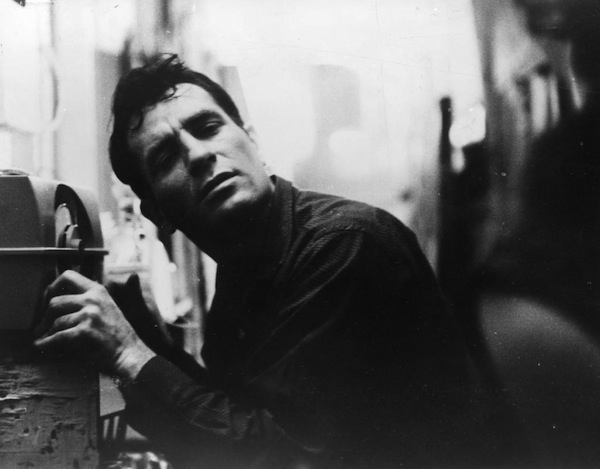 Pull my Daisy, written by Kerouac, started it all. It bears all the hallmarks of Frank’s cinema: working closely with artists who have something to say and put something of themselves into their films. His films are thick with strong personalities: Joe Strummer, Ornette Coleman, Bulle Ogier, June Leaf, Lynn Reyner, Dr. John, Tom Waits, William S. Burroughs, Lawrence Ferlinghetti, Delphine Ceyrig. Not to mention Keith Richards and Mick Jagger, the superstars at the centre of Cocksucker Blues, an orgiastic film that recorded every possible excess and was kept under wraps by the Rolling Stones until very recently. This retrospective presents most of the films by the director, a long-term friend of the Festival du nouveau cinéma.

His friend Gilles Groulx worked with him on Mabou, an unfinished film that was never screened. We will present clips from it for the first time. His style defies categorization and has confounded even the most demanding viewers (such as his countryman Jean-Luc Godard); he has always balanced fiction, cinéma-vérité and experimental film, blurring the lines between diaries, documentaries and intense poetic moments.