Two Lovers and a Bear Opens the 45th FNC

This year the Théâtre Maisonneuve in the Place des Arts will host the opening ceremony of the 45th Festival du nouveau cinéma de Montréal with Kim Nguyen's Two Lovers and a Bear.

The 45th Festival du nouveau cinéma de Montréal takes off on October 5th and will continue until the 16th.

Kim Nguyen opens this edition with his first feature in English, Two Lovers and a Bear*. Filmed in extreme conditions over the course of many weeks in Nunavut, this northern romance offers a singular vision of human relations in hostile territory. The film features American actor Dane DeHaan and Canadian actress Tatiana Maslany in the leading roles. Director Kim Nguyen will attend to present his critically acclaimed latest work, screened in Cannes during the last Quinzaine des réalisateurs. Halfway between a realist love story and a fantasist tale, the story of Roman and Lucy and their run in the infinite white of the Arctic Circle offers striking images and an out of the ordinary journey. 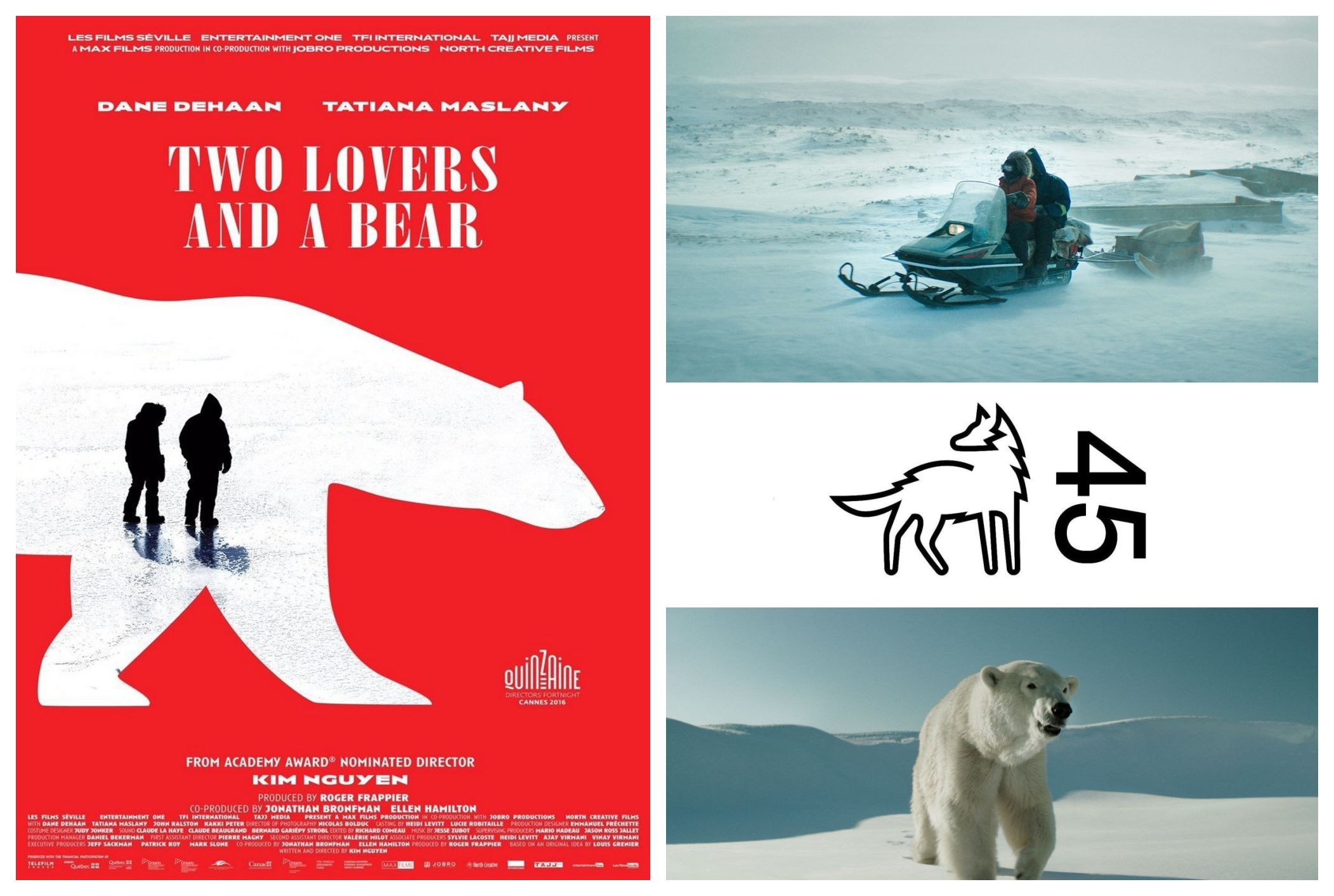 This year the Festival du nouveau cinéma's opening feature film will be screened at the Théâtre Maisonneuve in the core of Place des Arts. The theatre will oppose its warmth to a love story in cold territory. This evening will launch a programming that already holds great promises and exhilarating moments of cinema.

Admission to the screening will be on invitation only, however all moviegoers are invited to our Opening Party at 22 PM at the Festival HQ (the Agora Hydro-Québec du Coeur des sciences de l'UQÀM).

*Two Lovers and a Bear is produced by Roger Frappier (Max Films), in coproduction with Jonathan Bronfman (JoBro Productions) and Ellen Hamilton (North Creative Films). Distributed in Canada by Les Films Séville, a subsidiary of Entertainment One, it will hit theatres on October 7, 2016.